Is a fine imposed on a company by a criminal court a provable debt in the company’s winding up or administration? In an important ruling for insolvency professionals, the High Court has provided an authoritative answer to that novel question. 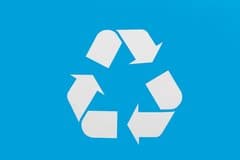 Prior to entering voluntary liquidation, a recycling company pleaded guilty to seven environmental offences in connection with the storage of controlled waste. Sentencing had been deferred pending the outcome of proceedings against its directors, but the company was likely to receive a substantial fine.

In those circumstances, the company’s liquidators sought judicial guidance as to whether such a fine would be a provable debt in the company’s winding up. There was, surprisingly, no previous authority in respect of that question and the Court acknowledged that its ruling on the point had potentially wide implications.

The Court noted that it is well established that a fine imposed for an offence is not provable in a debtor’s bankruptcy. Both the Insolvency Act 1986 and the Insolvency Rules were, however, silent as to the position in relation to the winding up of a company. All the offences were committed before the company entered liquidation and there was no suggestion of any wrongdoing on the liquidators’ part.

Ruling on the issue, the Court found that a fine, even if imposed after the onset of insolvent liquidation, is a debt provable in that liquidation where it was triggered by offences committed prior to the entry into liquidation. Any fine imposed on the company would be a contingent, or future, debt or liability provable in its administration or winding up.

The liquidators estimated that realisation of the company’s assets would yield about £102,000, as compared to the £438,000 it owed to floating charge creditors. Any fine imposed on the company would be an unsecured debt and, given the extent of that deficiency, it would in effect be irrecoverable. Such a fine would therefore not impact on the company’s financial position in the winding up.

In those circumstances, the Court granted the liquidators a direction under Section 112 of the Act which opened the way for them to distribute to the floating charge creditors sums raised from the sale of the company’s assets.