Long leaseholders often describe themselves as ‘owners’ and take the view that they can do pretty much what they like with their properties. An unusual case concerning a flat which was used as a brothel, however, showed that, no matter how long a tenancy may be, it is a very different legal animal to a freehold. 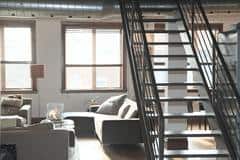 The urban flat, one of five in a residential block, was held by a woman under a 999-year lease. After she sublet the property, other residents complained of their peace being disturbed by numerous late-night callers seeking access to her flat. At least one resident was said to have received a sexual proposition from a visitor. The lease contained a restrictive covenant in common form, which forbade the woman from permitting or suffering its use for any illegal or immoral act or for any purpose which might cause nuisance, annoyance or damage to other residents.

With a view to forfeiting her lease, her landlord successfully applied to the First-tier Tribunal (FTT) for a declaration that she had breached the covenant. There was no suggestion that she had herself used the flat as a brothel. The FTT, however, found that she had suffered it to be used for that purpose in that she had refused to acknowledge what was going on or to take steps to prevent it.

In challenging that outcome before the Upper Tribunal (UT), the woman argued that there was no compelling evidence that the flat had been used for prostitution. Even were that the case, she had not consented to or permitted such use. She pointed out that she was gravely ill with cancer during the relevant period and had appointed what appeared to be a reputable agent to manage the property.

The UT ruled that the FTT was entitled to find on the basis of considerable circumstantial evidence that the flat had been used as a brothel. It had, however, apparently failed to take the evidence concerning the woman’s health problems seriously. It had also not made any explicit findings as to the extent, if any, of her knowledge of and responsibility for the illicit use to which the flat was put. The matter was sent back to a freshly constituted FTT for rehearing.