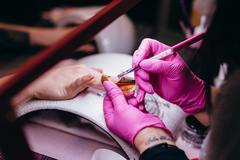 HM Revenue and Customs (HMRC) are certainly not infallible but, faced by such big battalions, small taxpayers are often filled with a sense of helplessness. As a case concerning a nail bar showed, however, professional advisers are more than capable of proving that the tax authorities have got their sums wrong.

Following clandestine visits to the nail bar by tax officers posing as clients, HMRC estimated that the business’s owner had understated its turnover by half. On the basis that the nail bar should have been VAT registered throughout the preceding four years, the owner was issued with a VAT bill totalling over £90,000.

After obtaining specialist tax advice, the owner appealed to the First-tier Tribunal (FTT). She presented detailed fresh evidence, including CCTV footage of the nail bar in operation, letters from its customers, till rolls and bank statements.

The FTT noted that the information initially available to HMRC’s officers appeared to indicate that the nail bar’s turnover had been significantly under-recorded. They had not acted capriciously, vindictively or wholly unreasonably. In allowing the owner’s appeal, however, the FTT found that the business’s turnover during the relevant period fell below the threshold at which VAT registration becomes compulsory.

Although it was open six days a week, the fresh evidence indicated that the nail bar served only 10 customers a day on average, each of whom paid about £25. Its weekly takings thus came to a maximum of £1,500. That suggested an annual turnover of no more than £76,500, narrowly beneath the thresholds which applied in each of the relevant years.