Many employers quite understandably treat certain forms of misconduct particularly seriously, but the adoption of so-called ‘zero-tolerance’ policies is replete with legal pitfalls. That was certainly so in the case of the Home Office’s tough stance on employee misuse of its IT systems. 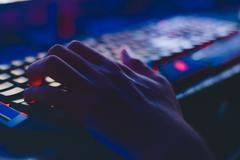 The case concerned a qualified barrister who was an exceptionally effective and committed employee in the Home Office’s visa and immigration section. Due to difficulties in her personal life and concerns about her health, she suffered from depression which was accepted to amount to a disability.

Following an investigation, it was discovered that she had searched the Home Office’s database on several occasions for information concerning her ex-partner and members of his family. The Home Office had recently introduced a zero-tolerance policy in respect of data security breaches and, following a disciplinary process, she was sacked for gross misconduct.

After she launched proceedings, an Employment Tribunal (ET) noted that her line manager had recommended that she receive a warning. Given her unblemished disciplinary record and substantial mitigation, the decision to dismiss her was at the very extreme limit of what a reasonable employer would do. Her unfair dismissal and disability discrimination complaints were nevertheless rejected.

In upholding her challenge to that outcome, the Employment Appeal Tribunal noted that the zero-tolerance policy stated that misuse of Home Office IT systems would be categorised as gross misconduct. However, it permitted issues relating to disability, personal trauma, and other mitigating factors to be taken into account if they had a ‘material impact’ on an employee’s misbehaviour.

The Home Office’s internal decision-makers had misinterpreted that policy in finding that the woman’s personal and medical difficulties were not directly causative of her misconduct. That was a more stringent test than the policy required. There was a clear distinction between a test of direct cause and effect and the policy test of material impact, but the ET had treated them as the same.

The ET’s use of unclear and elliptical language rendered elements of its reasoning in respect of disability discrimination opaque. It had also erred in its approach to medical evidence and to the question of whether the zero-tolerance policy had been adequately communicated to the Home Office’s workforce. The woman’s case was sent back to a freshly constituted ET for rehearing.