Unlawful stock market manipulation does happen, but suspecting it is one thing and proving it quite another. An AIM-listed company found that out to its cost after the High Court ruled that it had no good arguable case that it was a victim of abusive trading. 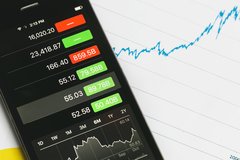 The company, which formerly had a market valuation of about £3 billion, suffered a near-vertical fall of 56.5 per cent in its share price over a two-day period. That was preceded by negative social media comments concerning the company’s prospects and those who had engaged in short-selling its stock were likely to have made a substantial profit.

The company believed that it was the victim of a conspiracy to unlawfully manipulate the market by the use of forbidden practices known as ‘spoofing’ and ‘layering’. It suspected that very large numbers of sell orders had been submitted in respect of its shares without any genuine intention to trade and with the objective of negatively influencing their price.

However, the London Stock Exchange (LSE) and its regulator, the Financial Conduct Authority (FCA), had each independently investigated the matter and could find no reason to believe that there had been unlawful market manipulation. The dramatic fall in the company’s share price needed no explanation beyond sustained selling in response to social media posts and the herd behaviour of the genuine market.

Dissatisfied with that response, the company sought an order requiring the LSE to disclose details of every buy and sell order that had been posted in respect of its shares during the relevant period. Amongst other things, it wished to know the identity of all those who had placed such orders, of which there were about 360,000.

In refusing to make such an order, the Court found that the company had failed to establish a good arguable case that any unlawful conduct had occurred. On careful analysis, the company’s argument that spoofing or layering took place was speculative and not capable of serious argument.

Even had the company managed to show a good arguable case, the Court noted that it would have refused to make the order sought. The information that the LSE would be required to disclose was confidential and the benefit to the company of making such an order was unclear. The Court’s intervention would cause significant collateral damage to innocent parties, would risk damaging public confidence in the FCA and would have no clear deterrent effect. Overall, the balance came down heavily in favour of refusing the company’s application.