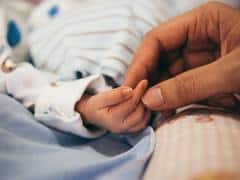 When children suffer injury, suspicion very often falls on their parents. Allegations of such gravity must, however, be proved and, in one case, the High Court exonerated a loving couple who were accused of assaulting their six-month-old baby.

When taken to hospital by her parents and maternal grandparents, the little girl had a number of pinpoint haemorrhages on her face, known as petechiae, which extended into her eyes. There was also swelling around her eyes and, after medical staff concluded that the most likely explanation was that an attempt had been made to suffocate her, a local authority launched care proceedings.

After a fact-finding hearing, a judge ruled that the girl had suffered non-accidental injuries which had been inflicted on her by her father. He, however, successfully challenged that conclusion before the Court of Appeal, which directed a fresh hearing of the matter.

Following a further five-day hearing, the Court noted that the intensity and patterns of the petechiae were unusual and possibly unique in the experience of clinicians involved in the case. The mother clearly doted on her child and could safely be excluded from the pool of possible perpetrators. The father’s love for his daughter and child-centred attitude also meant that it was improbable, although not impossible, that he could have subjected her to a prolonged assault.

The Court lamented the fact that, despite the best endeavours of medical experts, lawyers and judges, it had not been possible to provide a definitive answer to the question of how the petechiae were caused. The absence of such a clear conclusion was bound to leave the parents and others with a sense of discomfort. The burden of proof, however, fell upon the local authority and it had failed to establish on the balance of probabilities that either parent assaulted the girl.