When policy considerations pull in different directions, planning decisions often come down to balancing the harm that a development will cause against its public benefits. That was certainly so in one case in which the High Court opened the way for a famous public school to construct a state-of-the-art new sports building. 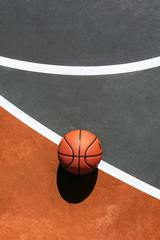 Harrow School wished to demolish several existing buildings on a 4.7-hectare site on the lower slopes of Harrow Hill and replace them with new facilities, including a science block and the sports building, which would be cut into the side of the hill on three levels and have a footprint of almost 5,000 square metres.

The building would stand on metropolitan open land (MOL) to which restrictive Green Belt policies applied. Principally on that basis, the Mayor of London objected to the proposal and, at his direction, planning consent was refused by the London Borough of Harrow. The school, however, successfully appealed to the Secretary of State for Housing, Communities and Local Government, who granted planning permission on the recommendation of a planning inspector.

The inspector found that the development would erode the openness of the MOL but that its visual impact would not be unacceptable. He pointed to the educational need for the building and to the fact that state schools and local people would enjoy many hours of free use of the facility.

He found that the public benefits of the proposal outweighed any harm it would cause and that there were very special circumstances justifying what would ordinarily be an inappropriate development of the MOL. Whilst finding that the development would cause less than substantial harm to nearby heritage assets, the Secretary of State otherwise concurred with the inspector.

Dismissing the Mayor’s challenge to the permission, the Court rejected arguments that the Secretary of State’s decision was infected by procedural unfairness. He was not bound to find that the development would harm the setting and special character of Harrow-on-the-Hill. He clearly took into account the harm to heritage assets, which he had himself identified, and he was not obliged to treat that as a freestanding reason for refusing planning permission. Overall, the Mayor’s grounds of challenge were excessively legalistic and ultimately unsound.