Thanks to telephone conferencing and video link technology, delivery of civil justice has continued almost unabated during the COVID-19 pandemic – but are remote hearings fair? A judge considered that fundamental issue in ruling that a clinical negligence trial should be conducted physically in court. 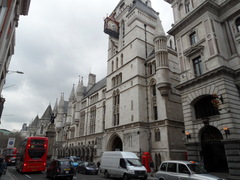 The case concerned a 15-year-old girl who was severely disabled due to a bout of meningitis she had suffered when she was a toddler. She was claiming damages from an NHS trust on the basis that she would have escaped any significant injury had the infection been promptly diagnosed and treated. The trust, however, denied that its staff had been negligent.

Due to the COVID-19 lockdown, it was proposed that the trial should be conducted via video link. The trust, however, applied to adjourn the case on the basis that a remote trial would be unfair. There was said to be no replacement for face-to-face interaction between lawyers, judge and witnesses. Clinicians who faced stringent criticism in the proceedings feared that a remote hearing would undermine their ability to effectively defend themselves.

Ruling on the application, the judge found that, whilst not ideal, a remote hearing of the case would be capable of meeting the primary objective of doing justice. Due to the swift mobilisation of remote technology, the number of Queen’s Bench Division judgments published in April and May 2020, at the height of lockdown, exceeded the number published in April and May 2019.

The judge, however, acknowledged that a conclusion that a remote hearing could be held fairly did not mean that it should be. Such a hearing would represent a major departure from the familiar system of civil trials that had operated for centuries and would lack many of the features and benefits of a hearing in court. Clinicians’ objections to a remote hearing were keenly, genuinely and sincerely felt.

The judge noted that, despite the lockdown, there is no legal prohibition on a hearing taking place in court. It was not argued that it would be unlawful for participants in the trial to attend a physical hearing. If social distancing and other precautions were rigorously enforced, it was also not suggested that it would be unsafe for them to do so. The effect of the judge’s ruling was to grant what the trust sought by its application – its day in court.