Prior to any form of medical procedure, patients have an absolute right to be told of the risks involved so that they can make their own fully informed choices. The High Court made that point in guaranteeing substantial compensation to a four-year-old boy whose birthing pool delivery went tragically wrong. 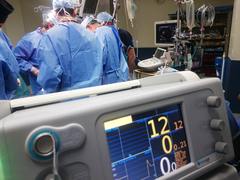 The boy’s mother had expressed a desire for a water birth if possible. However, she had given birth to a previous child by caesarean section and there was a risk that, if she opted for a vaginal delivery, she would suffer a uterine rupture through the caesarean scar. That risk eventuated and the boy suffered profound oxygen starvation and brain damage prior to his delivery.

Proceedings were brought against the NHS on the boy’s behalf, on the grounds that his mother was given no sufficient warning that she should have continuous foetal monitoring throughout her labour. She in fact received only intermittent monitoring and it was argued that that led to a delay in detecting abnormalities in the foetal heart rate. But for that delay, it was submitted that the boy would have been delivered earlier and without suffering any significant injury.

Ruling on the case, the Court found that the mother had been given adequate ante-natal counselling. She was aware of the increased risk involved in having a water birth with intermittent, rather than continuous, monitoring. She was given sufficient information to understand that the latter would be better for her baby.

In upholding the boy’s claim, however, the Court noted that pregnancy and labour is a dynamic process and, when his mother arrived at the hospital in labour, the risks should have been reassessed and she should have been counselled again that intermittent monitoring was not recommended. Monitoring should have been performed more frequently and, when she began to complain of continuous pain, midwives should have recognised that as a sign of uterine rupture.

The Court found that the boy should have been delivered and resuscitated about 15 minutes earlier than he was and, had that occurred, the damage to his brain would have been mild, rather than severe. The amount of his compensation, which is bound to be very substantial given the extent of his disabilities, would be assessed at a further hearing if not agreed.