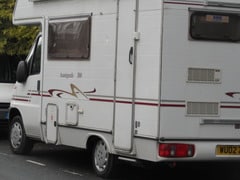 Preserving the natural beauty of scenic areas has always been a central objective of planning policy. However, as a Court of Appeal ruling showed, such considerations cannot always be decisive when the economic benefits of job creation and tourism are put into the balance.

The case concerned a proposal to expand an existing caravan park which was set in an Area of Great Landscape Value (AGLV). The local authority granted planning consent on the strength of a planning officer’s advice that the development’s slight or moderate impact on the AGLV would be outweighed by the provision of much-needed jobs and economic growth in the rural area.

A local objector subsequently mounted a successful judicial review challenge to the council’s decision. In quashing the permission, a judge noted that the project was in direct conflict with a local planning policy which stated in mandatory terms that developments harmful to AGLVs would not be permitted.

Upholding the local authority’s appeal against that ruling, the Court acknowledged that there was some degree of conflict between the proposal and the policy, the wording of which was unqualified. There was, however, nothing to indicate that it was intended to have automatic primacy over other local policies, including one which positively supported the proposal in that it encouraged high-quality and sustainable developments which would create jobs and promote tourism.

The planning officer’s reasons for recommending in favour of the development were adequate and intelligible and the balance that she struck between conflicting policy considerations could not be faulted. The planning permission was reinstated.