Plagued By a Nuisance Neighbour? You Don’t Have to Put Up With It 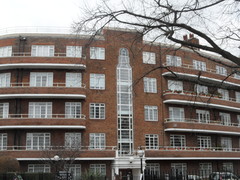 It is a regrettable fact that social housing tenants, many of them vulnerable, are more exposed than many to the malign activities of nuisance neighbours. However, as one case showed, their complaints do not go unheard by judges, who have a panoply of powers to deal with such miscreants.

A social housing provider had obtained an injunction against one of its tenants which required him to cease engaging in various forms of antisocial behaviour. Following a number of breaches of that order, the provider applied to a judge for his committal to prison for contempt of court. The tenant failed to engage in the proceedings, refusing to attend court hearings or to open his door to process servers.

In ruling on the matter in his absence, the judge found five breaches of the order proved. The tenant had, amongst other things, shouted and sworn at a process server and repeatedly banged on neighbours’ doors. One of the latter incidents occurred when he was on bail. Most seriously, he had uttered threats of extreme violence against a disabled neighbour, who was on crutches.

The judge noted that the tenant had in the past been diagnosed as suffering from paranoid schizophrenia. His neighbours took the view that he was in need of some support, but he had failed to cooperate with mental health professionals and, short of requiring his compulsory admission to a mental hospital, he could not be forced to engage with the help that had been offered to him.

The judge imposed a nine-week suspended prison sentence and warned the tenant that, in the event of further breaches of the order being proved against him, that sentence could well be activated with immediate effect.