Every hospital bed is desperately needed in the midst of the COVID-19 crisis. That stark fact prompted a judge to take the extremely rare step of ordering a patient to leave an NHS ward despite her protests that her enforced departure would violate her human rights and place her at risk of suicide. 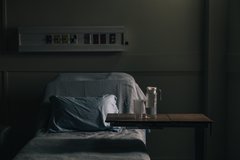 The patient, who suffered from a complex constellation of physical and mental health conditions, was occupying a bed on an acute neuropsychiatry ward where patients were generally only treated for up to 14 days. She had been there for more than six weeks and her bed was urgently needed by the NHS trust which ran the hospital for patients suffering from COVID-19.

After failing in its attempts to discharge the patient, the trust terminated her licence to occupy the bed and launched possession proceedings. On the basis that she could be safely discharged to her home, where the local authority had agreed to provide her with a round-the-clock professional care package, the trust sought an interim injunction requiring her to leave.

The patient’s lawyers argued that, although she wished ultimately to leave hospital, she was unwilling to do so until after her concerns about her home care package had been resolved. It was submitted that she would suffer extreme distress if she were required to leave the ward against her will and might well take her own life.

Ruling on the matter, the judge noted that patients have no right to occupy hospital beds without the hospital’s permission. That permission having been withdrawn, the patient had become a trespasser and the trust was entitled to enforce its private property rights. Although the hearing of possession claims had been stayed during the pandemic, that did not prevent the trust from seeking an injunction.

The patient’s physical healthcare needs could be satisfactorily met at home with the care package promised by the local authority. Considerable efforts had been made to meet her concerns and she had a tendency to threaten self-harm or suicide in order to persuade others to provide for what she considered to be her needs. The low or moderate risk of her attempting to take her own life could be guarded against by her carers with specialist mental health support.

The judge rejected an argument that requiring her to leave hospital would amount to inhuman or degrading treatment, banned by Article 3 of the European Convention on Human Rights. Submissions that such a step would be discriminatory and impinge upon her right to respect for her home and family life also fell on fallow ground, as did her plea that the trust had failed to make reasonable adjustments to cater for her disabilities, contrary to the Equality Act 2010.

The UK being in the throes of its worst healthcare crisis in over a century, the judge noted that hospitals must allocate scarce public resources and make difficult decisions as to whether one patient has a better claim to a bed than another. The trust had reached the rational view that the patient would be better off at home with the benefit of a care package which was more than adequate to meet her clinical and other needs. Ordering her to leave the ward, the judge gave directions for her transfer home by ambulance. She was forbidden from re-entering the hospital without the trust’s written permission, save if admitted by ambulance.