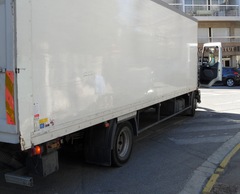 Most road accidents happen in seconds, and working out their exact causes after the event is exceptionally difficult. However, a case in which a woman who was knocked down by a lorry won the right to substantial compensation showed the lengths to which judges will go in discerning where the truth lies.

The woman was crossing a side street when the lorry turned left off a main road and hit her, dragging her some distance before coming to a halt. She was badly injured and launched a damages claim against the company that employed the driver. The company, however, denied that he was to blame for the accident and asserted that the woman had herself been careless.

Ruling on the case, a judge considered, amongst other evidence, police reports of the incident, CCTV footage and the testimony of expert accident reconstruction experts. Concluding that the woman was blameless, he found that she had looked left and right before leaving the pavement and had not been wearing headphones.

In upholding her claim, he found that the driver had not indicated left before starting his turn and that it would have appeared to her that he was intent on going straight on. She was in the driver’s blind spot when he turned but, had he paused and leaned forward, he would have seen her and the accident would not have happened.

The amount of compensation due to the woman from the driver’s employer – which accepted that it bore indirect legal responsibility for any negligence on his part – would be assessed at a further hearing, if not agreed.