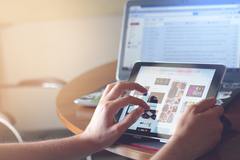 The right to remain silent is one thing, but taking active and dishonest steps to cover up involvement in wrongdoing is quite another. The distinction was underlined in the case of a senior charity worker whose use of an office iPad ran up more than £8,500 in data charges.

After the woman was asked by her line manager to investigate the high charges, she tendered a resignation letter. She wrote words to the effect that she was very sorry that the charges had been incurred on her watch. She was, however, subsequently persuaded to withdraw her resignation and undertook the investigation.

In her report, she stated that she had not been able to narrow the charges down to any one user of the iPad. Her line manager considered the report inadequate and asked someone else to investigate further. The woman at that point confessed that the iPad had been in her possession when the charges were incurred. Following a disciplinary process, she was summarily dismissed.

Her complaints of unfair dismissal and direct discrimination were later rejected by an Employment Tribunal (ET). Her wrongful dismissal claim was, however, upheld and the charity was directed to pay her three months’ notice pay. The charity challenged the latter decision before the Employment Appeal Tribunal (EAT).

In upholding the appeal, the EAT noted that the woman had effectively been asked to investigate her own wrongdoing and that her right to remain silent, in order to avoid implicating herself, was potentially engaged. However, she was aware when she filed her report that she was solely responsible for running up the charges, yet she had stated that it was not possible to pin down a single culprit. That statement was not true and her report was thus tainted by an element of dishonesty.

Underlining the important distinction between maintaining silence and making a positive untrue statement, the EAT noted that she was dismissed not for remaining silent but because she intentionally submitted a false investigation report. In short, the right to remain silent was not the same as a right to say something that is not true and, in confusing those issues, the ET had erred in law.

The EAT found that only one outcome to the case was possible on the evidence. By delivering a false report, she had dishonestly tried to cover up her own responsibility for the very subject matter of the report that she had agreed to write. What she had done amounted to a fundamental breach of her employment contract, justifying her summary dismissal without notice. Rather than directing a rehearing of her wrongful dismissal claim, the EAT dismissed it.