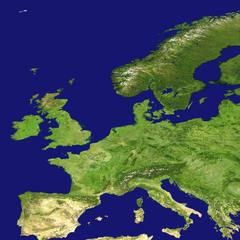 The arrival in Britain of a £10 million painting attributed to Medieval Italian master Giotto di Bondone provided an opportunity for the Court of Appeal to give comprehensive guidance on the legal aspects of the cross-border movement of cultural treasures.

There was no dispute that the owner of the painting, who bought it at auction in 1990 for about £3,500 at a time when it was considered to be a Giotto imitation, had acted contrary to Italian law in dispatching it from Italy to London. That was because a licence previously granted for the painting’s export by the Italian authorities had expired.

Following the painting’s arrival in the UK, Arts Council England (ACE) refused to grant the owner a licence to re-export the painting to Switzerland, which is not a member of the European Union, saying that it had no power to do so. That was on the basis that, the painting having been exported from Italy in violation of Italian law, its dispatch to the UK had not been lawful.

ACE was willing to licence the painting’s export to Italy, but nowhere else. It concluded that, despite its physical presence in England, the Italian Ministry of Culture and Tourism remained the competent authority to which the owner would have to apply for a licence to export the painting outside the EU. Her judicial review challenge to that decision was rejected by a judge.

In challenging that ruling, the owner argued that the Italian law which required her to give prior notice to the authorities there of her intention to export the painting was contrary to EU law. It was, amongst other things, said to amount to an impediment on the free movement of goods across EU borders and to a breach of her human right to peacefully enjoy the painting as her private possession.

The Court found that the relevant Italian licensing regime on the face of it engaged EU freedom of movement rules. It also accepted that it had the power to rule upon the compatibility or otherwise of that regime with EU law. In dismissing the owner’s appeal, however, it ruled that the Italian authorities were not required to present evidence in support of measures which were designed to monitor exports of national treasures and which were, as a matter of common sense, evidently justified.

On a true interpretation of Regulation 116/2009 (the Export Regulation), the Court in any event found that Italy was obliged to impose a licensing regime and that the owner was under a duty to comply with it. Whether or not the grant of an export licence was, as the owner claimed, a mere formality, the Italian authorities were entitled to seek verification that exporters are properly entitled to dispatch cultural items from Italy onto the wider international market.