It cannot be business as usual during the COVID-19 pandemic, but judges are rising to the challenge of ensuring that the economic life of the nation does not wither. In one case, however, the High Court ruled that, in such uncertain times, a proposed transfer of business between two insurance companies had to be delayed. 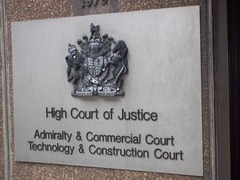 Before the crisis began, Legal and General Assurance Society Limited (L&G) applied for the Court’s sanction under the Financial Services and Markets Act 2000 for the transfer of insurance business to ReAssure Limited (ReAssure). Some policyholders objected to the proposal and, following a three-day hearing, the Court was preparing to hand down its judgment on the matter.

L&G and ReAssure were anxious for the Court to publish its ruling prior to the end of the financial year. However, due to the severe operational challenges posed by the global pandemic, the companies’ lawyers accepted that an adjournment was required and that judgment would have to be deferred.

With the country in lockdown, it could not be said with a sufficient degree of certainty that the mechanics of the business migration would proceed precisely as planned. The companies agreed that the level of risk of material detriment to policyholders was such that the transfer should not proceed at the present time.

The companies requested that the Court publish an interim judgment, giving its conclusions on the issues that had so far been aired. It was argued that, in such abnormal times, there was value in the Court setting out what its conclusions would have been in the absence of operational issues arising from COVID-19. Such a ruling would enable the companies to make an informed decision as to whether to ramp up or stand down their contingency planning.

The Court had sympathy with the companies’ desire to know where they stand but ruled that handing down an interim judgment would not be the right course to take. Its duty was to consider whether it would be appropriate to sanction the scheme in all the circumstances that pertained on the date of the adjourned hearing.

It was impossible to know precisely the extent to which the pandemic would affect the companies’ business. Its impact might extend beyond purely operational matters and alter the balance for and against the proposed transfer. If COVID-19 resulted in a significant change in circumstances, the Court would probably have to hear further submissions before publishing a final judgment.