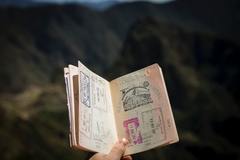 Government bureaucratic delays are sadly a well-known fact of life, but can they give rise to a right to compensation? The Court of Appeal tackled that fundamental issue in the case of an immigrant who was unable to work for more than two years due to a Home Office delay in sending him a biometric residence permit.

Following numerous applications, the Mauritian national, who had a British wife and child, was granted limited leave to remain in the UK for 30 months and the right to work here during that period. He should have been sent a residence permit, confirming his entitlement to work, within weeks but did not receive one for over two years.

He launched judicial review proceedings, claiming damages for what was alleged to be the unlawful delay, but his case was dismissed by the Upper Tribunal (UT) at a preliminary stage. The UT ruled that it had no jurisdiction to entertain such a claim. It also found that his case was in any event unviable in that he could not establish that the delay resulted in a complete deprivation of his right to work.

In upholding his appeal against that outcome, the Court noted that, as a matter of real-world practicality, the man was prevented altogether from securing employment during the period of delay. It would have been unrealistic to expect him to leave his wife and child in Britain and return to Mauritius in search of work. It was therefore arguable that the delay amounted to a breach of his right to respect for his home and family life, enshrined in Article 8 of the European Convention on Human Rights.

The Court was also narrowly persuaded that the man had an arguable claim in negligence against the Home Office on the basis that it voluntarily assumed responsibility to send him the residence permit promptly and that its prolonged failure to do so foreseeably caused him loss. The Court granted the man permission to seek judicial review and remitted the case to the UT for a full hearing.