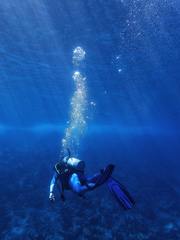 Most British nationals who are injured overseas understandably wish to have their compensation claims heard in this country – but achieving that can be far from easy. However, the case of a commercial diver who was injured in an accident off the coast of India showed that UK lawyers are well able to rise to the challenge.

The British diver was about 30 metres down, working in poor visibility and amidst a strong tide, when his foot became trapped between two heavy piles. Although he managed to make it back to the surface, the crushing injury he suffered was so severe that a below-knee amputation was required.

After he brought a claim for compensation in England, a default judgment was obtained against his employer at the time, an Indian company. However, his claim against the owner of the vessel from which he was diving – a South Korean company – was less straightforward. It argued that the English courts had no jurisdiction to hear the claim, which should be tried in India.

Ruling in the diver’s favour on that issue, the High Court found that his case against the vessel’s owner stood a reasonable prospect of success. After the accident he had swiftly returned to England to undergo medical treatment and most of his pain, suffering and financial losses had been sustained in this country.

Apart from the nationality of his immediate employer, the offshore diving operation had little direct connection to India. The extra-territorial marine incident was of a type that the Admiralty Court in London was well used to considering. The case’s connection to England was strengthened by the fact that an English judgment had already been entered against the Indian employer. The Court concluded that England was the most convenient forum for the man’s case to be heard.