Charities which come into possession of sensitive personal information concerning those they mean to help are by no means exempt from confidentiality and data protection rules. In a guideline case, however, the High Court found that a charity did nothing wrong when it disclosed to a man’s GP that it considered him a suicide risk. 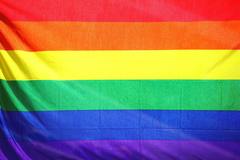 After the man went to it for help, the charity, which supports members of the lesbian, gay, bisexual and transgender communities, became deeply concerned about his welfare. One of its staff telephoned the man’s GP and stated that the charity could not provide him with assistance because of his ongoing drug use. The GP was also told that, in the charity’s view, the man was at risk of suicide or self-harm.

After finding out about those disclosures – which had subsequently been recorded on his medical records – the man launched proceedings against the charity, seeking more than £1.8 million in damages. He claimed that, due to the disclosures, the high-level security clearance he required to do his sensitive job had been compromised, and that his career was finished.

In ruling on the matter, the Court found that the Data Protection Act 1998, which has since been repealed but was in force at the relevant time, had no application to the case in that the disclosures made by the charity were purely verbal. The telephone conversation did not amount to processing of the man’s personal data.

Also rejecting his breach of confidence claim, the Court noted that, during his initial assessment by the charity, it was made clear to him orally and in writing that the charity would, without his consent if necessary, disclose confidential information to his GP if it had serious concerns about his welfare. He was told in terms that the charity would be contacting his GP but did nothing to prevent that happening.

The man’s claim that the disclosures breached his human right to privacy also fell on fallow ground. He had no reasonable expectation of privacy and in any event had no viable case under the Human Rights Act 1998 because the charity was not a public authority. The disclosures having been made in accordance with the law, involving the commission of no civil wrong, all of the man’s claims were struck out.