The intensity of demand for more new homes was underlined by a case in which the High Court upheld planning permission for a development of up to 200 dwellings on farmland less than 100 metres from a potentially toxic former landfill site. 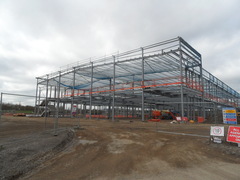 The 7.9-hectare proposal site, consisting of three fields, was in a once heavily industrialised area which was peppered with old coal mining works. Although records were sparse, there was evidence that the landfill had been used for depositing hazardous materials in the 1970s. There were also anecdotal reports that such materials may have included dioxins and radioactive isotopes.

Outline planning consent for the proposed development was, however, granted by the local authority on the strength of planning officers’ views that it was unlikely that the site had been dramatically impacted by the landfill. They pointed out that the site lay on the other side of a small valley from the landfill with a stream running between them. The Environment Agency had expressed no contamination concerns after testing water from the stream.

In rejecting a local objector’s judicial review challenge to the permission, the Court noted that it was subject to tight conditions requiring that no new homes be built on the site until after detailed investigations were completed and action taken to mitigate or remediate any contamination found. The council was not obliged to defer granting planning permission until after those steps had been taken and its decision conformed to both local and national planning policies.