The takeover of public companies will generally be sanctioned by the High Court if the requirements of the Companies Act 2006 are met. However, an unusual wrinkle arose in the case of a company which faced a group action by overseas farmers in respect of alleged environmental damage arising from its activities. 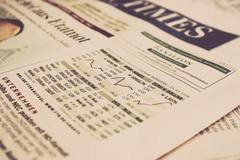 The UK-based oil and gas exploration and production company sought approval of a scheme of arrangement whereby all of its shares would be acquired by an overseas purchaser. A majority of its shareholders, in terms of value, having voted in favour of the scheme, the Court was satisfied that the statutory requirements had been met.

Lawyers representing the farmers, however, objected to the scheme, arguing that it should only be approved if the company gave an undertaking that it would maintain at least £6.9 million in unencumbered assets within the UK. Such an undertaking was required, it was argued, in order to ensure that the company had sufficient UK assets to satisfy any judgment that might be entered against it.

In ruling on the matter, the Court noted that over £3 million of the company’s assets were already subject to a freezing order. Although the farmers’ lawyers were actively seeking out further claimants to join the group action, that sum was sufficient to secure the position of those who had to date signed up to the proceedings, which were being strenuously resisted by the company.

The Court noted that the scheme would simply change the company’s ownership and would have no effect whatsoever on the position of creditors. In considering the scheme, the Court’s focus was on the interests of the company’s shareholders. The farmers’ lawyers were, in reality, seeking to enhance the security available to their clients via a side door. The Court approved the scheme without requiring the company to give the undertaking sought on the farmers’ behalf.