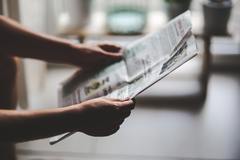 If your reputation is trashed by the media without justification, there is no reason why you should put up with it and you should contact a lawyer straight away. In one case, a beautician who was accused of botching procedures by a national newspaper received a public apology and substantial damages.

The hard-working mother owned an award-winning beauty salon, tutored students in the beauticians’ art and was a member of the British College of Aesthetic Medicine. She was, however, the focus of a newspaper article which purported to expose ‘rogue beauticians’. The piece was accompanied by a photo of her which had been downloaded from her Instagram profile without her permission.

The sting of the article was that she was a cowboy beautician who regularly botched procedures as a result of knowingly administering highly dangerous treatments without adequate care, thereby putting her clients at risk of permanent disfigurement and life-changing injuries. The article had a devastating impact on the woman and her young son, inflicting enormous damage on her career and finances.

There was, however, no truth in those grave allegations and, after the woman launched libel proceedings, the newspaper’s publisher made an offer of amends. Anxious to put an end to the long-running dispute and start rebuilding her life, she accepted the publisher’s offer to pay her substantial damages and her legal costs. The publisher also agreed to print an apology.