The Onus is on You to Check for VAT Fraud in Your Supply Chains!

The onus is on traders to check that their supply chains are free from VAT fraud and a failure to do that can have grave financial consequences. In one case, however, a scrap metal dealership saw off an attempt to make it pick up the tab for substantial tax losses suffered by HM Revenue and Customs (HMRC). 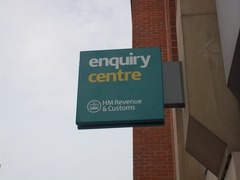 Over a period of three quarters, the long-established dealership, which had about 200 employees, entered into almost 400 transactions with two suppliers, representing a total value of almost £3 million. HMRC took the view that both supply chains were infected by fraud and refused the dealership entitlement to almost £600,000 in credit for input tax in respect of the transactions.

In upholding the dealership’s appeal against that decision, the First-tier Tribunal (FTT) found that HMRC had failed to prove that a trader in one of the supply chains was guilty of fraudulently defaulting on its VAT liabilities. That trader had not dealt directly with the dealership and the most likely explanation for its default was that its business failed due to the cancellation of its VAT registration by HMRC.

The FTT accepted that there had been fraudulent default on the part of a trader in the other supply chain. However, HMRC had not discharged the heavy burden of establishing that the dealership knew, or should have known, about that trader’s dishonesty. The dealership’s due diligence in checking the credentials of its suppliers was not perfect, but there was nothing in the nature of the transactions, which had been carried out in the ordinary course of business, that should have raised its suspicions.