Woman Run Down by Elderly Driver Wins Over £4 Million Compensation

Life-changing road accidents can come out of nowhere as innocent people go about their daily lives, but expert lawyers are thankfully there to ensure they receive just compensation. In one case, a woman who was struck and dreadfully injured by an elderly motorist who mistook his accelerator for his brake won over £4 million in damages. 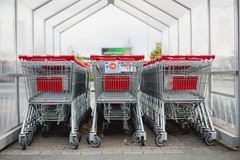 The middle-aged woman and her husband were walking through a supermarket car park when the 83-year-old motorist ran into them at speed. She suffered a traumatic brain injury and has since been stricken by severe headaches, vision difficulties, fatigue, dizziness and serious memory and concentration problems.

Her personality has changed dramatically since the accident and she is subject to the disinhibition typical of frontal lobe damage. She has no sense of smell or taste and has a lack of insight into the extent of her difficulties.

After lawyers launched proceedings on her behalf, the motorist’s insurers admitted liability for the accident and agreed to pay her a lump sum of just over £4.3 million. The negotiated settlement of her claim, which was approved by the High Court, was achieved not much more than three years after the date of the accident.

Her husband was also badly injured in the collision, and her son endured psychiatric injury due to the nervous shock of coming upon the scene soon after the accident to see his stricken parents. Their claims against the motorist were also successfully settled, on confidential terms.