Suffered Discrimination at Work? Consult a Lawyer without Delay! 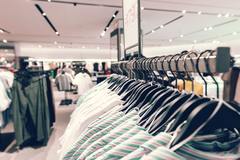 Discrimination in the workplace is completely unacceptable in all its forms and, if you are a victim, you should seek professional advice without delay. In a case on point, a retail worker won substantial compensation after her life was made a misery by her boss whilst she was going through the menopause.

The woman, who had worked in the retail sector for 37 years, got on well with her boss until his attitude towards her changed after she became menopausal. Making persistent fun of her in front of younger colleagues, he subjected her to a stream of offensive and humiliating remarks. Amongst other things, he referred to her as a dinosaur in front of customers and criticised her for failing to staple two sheets of paper together, relating this to the menopause.

Although she complained to senior management, she said that no action was taken and that her boss’s behaviour became even worse thereafter. Following a mental breakdown, she resigned. By that time, she was in a terrible state: having been diagnosed with anxiety and depression, she was effectively housebound for six months and broke off all her social contacts.

After she launched proceedings, an Employment Tribunal (ET) upheld her sex and age discrimination complaints, also finding that her boss’s conduct amounted to harassment. Her former employer, who bore indirect legal responsibility for her boss’s behaviour, was ordered to pay her total compensation of £27,975, including £18,000 in respect of injury to her feelings.