The Employment Appeal Tribunal (EAT) has expressed deep concern about a gap in the law which enables overseas recruiters of British seafarers to engage in flagrant discrimination if the vessels on which they wish to serve are foreign-flagged and operate outside UK territorial waters. 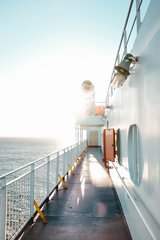 A British woman who had qualified as a cadet deck officer applied for work to a Hong Kong-based agency which provides personnel to serve on foreign-registered vessels outside UK waters. Her application was made in England. She was outraged after being informed that the agency recruited only men, not women, to work on its clients’ ships. Although describing itself as an equal opportunities company, the agency said that it could not offer an appropriate on-board environment for female cadets.

After the woman complained to an Employment Tribunal (ET), the agency admitted that her treatment amounted to direct sex discrimination. It argued successfully, however, that the ET had no jurisdiction to hear her claim. The ET found that the combined effect of Section 81 of the Equality Act 2010 and Regulation 4 of the Equality Act (Work on Ships and Hovercraft) Regulations 2011 was that the anti-discrimination provisions of the Act did not apply to protect the woman in respect of her recruitment in England to work on foreign-flagged vessels outside UK waters.

In rejecting her appeal against that ruling with regret, the EAT could find no fault in the ET’s interpretation of the legislative and regulatory provisions. However, it noted that the surprising effect of those provisions was to confer complete immunity on foreign-based recruiters of seafarers on UK soil in respect of what would ordinarily be viewed as abhorrent acts of discrimination, including harassment.

Expressing profound discomfort at the inescapable outcome of the case, the EAT noted that it was at least doubtful whether the Regulations conform with the provisions of Directive 2006/54/EC (the Equal Treatment Directive). However, the woman had no possible remedy against the agency because it was not an emanation of the state, and the only potential cause of action open to her was against the UK itself. The EAT considered that the government would be wise to review the scope of the Regulations as a matter of urgency.