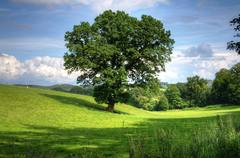 Official decision-making is only as good as the advice on which it is based. The High Court succinctly made that point in ruling that a local authority was seriously misled into granting itself planning permission for a residential development.

The case concerned a countryside meadow owned by the council, which was said by objectors to have been used for generations for community pastimes – including maypole dancing, dog walking, children’s play and Sunday school outings. After the council granted itself permission to build a large house on the meadow, a local campaigner mounted a judicial review challenge.

The council based its decision on a planning officer’s report which stated that the proposal, whilst conflicting with some local planning policies, was acceptable and would cause less than substantial harm to the conservation area in which the meadow was located. Any such harm was said to be outweighed by the public benefits of constructing a well-designed dwelling.

In quashing the permission, however, the Court noted that the report failed to make any mention of two key local countryside protection policies. The report’s assertion that the proposal complied with the local development plan, when read as a whole, was thus seriously misleading.

The Court also identified an unexplained inconsistency between the decision and previous resolutions of the same council to refuse planning consent for two similar developments. Had councillors received correct advice, the Court found that they might well have reached a different decision.