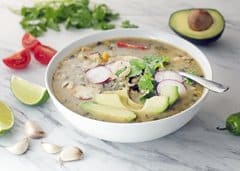 In a decision that broke new legal ground, an Employment Tribunal (ET) has ruled that ethical veganism is a protected characteristic under the Equality Act 2010.

Jordi Casamitjana, 55, brought a claim against his former employer, the League Against Cruel Sports, alleging that he was unfairly dismissed because of his ethical veganism. As a preliminary question, the ET had to consider whether ethical veganism is a ‘philosophical belief’ and thus falls within the protected characteristic of religion or belief under the Act.

Ethical vegans not only eat a plant-based diet but also avoid using any products associated with exploitation of animals, such as clothes made from wool or leather.

For a belief to constitute a philosophical belief, it must be genuinely held, be a belief rather than an opinion or viewpoint, concern a weighty and substantial aspect of human life and behaviour, attain a certain level of cogency, seriousness, cohesion and importance, be worthy of respect in a democratic society, and not be incompatible with human dignity or in conflict with the fundamental rights of others.

The ET ruled that ethical veganism does meet the definition of a philosophical belief. The issue of whether Mr Casamitjana’s ethical veganism was the reason for his dismissal will be considered at a later date.