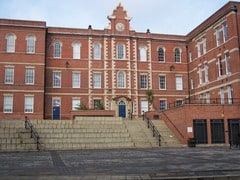 Clinical negligence claims are often replete with medical and legal complexity and conducting them without specialist professional advice is really not an option. That was certainly so in the case of a disabled 11-year-old boy who was starved of oxygen in the minutes before his traumatic birth.

The NHS trust that ran the hospital where he was born conceded that there was a negligent delay in his delivery. However, he also suffered a stroke shortly after birth and it was agreed that medical staff were not to blame for that. Difficult issues thus arose as to the extent to which his brain damage and resulting lifelong disabilities had been caused by the admitted negligence.

Following negotiations, however, the boy’s legal team succeeded in cutting through that issue and agreeing a final settlement of his claim. Together with a lump sum of £4,783,100, the trust agreed to make annual, index-linked and tax-free payments to cover the costs of the 24-hour care he will need for life. Those payments will start at £100,000 before rising to £230,000 when he reaches the age of 19.

In approving the settlement, the High Court paid tribute to lawyers on both sides for their efforts in achieving a just resolution of a far from straightforward case. The boy was also very fortunate in having devoted parents who had lavished care upon him. The settlement would, amongst other things, enable purchase of a suitable family home and its adaptation to meet his special needs.