Britain Needs Skilled Migrant Workers – But Where to Draw the Line?

Britain’s economic health requires a sensible immigration system that enables highly skilled workers to settle here and enter the domestic job market. The rules designed to achieve that policy objective came under analysis in a Court of Appeal case. 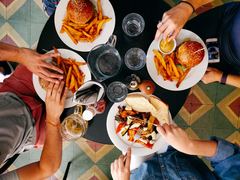 The case concerned a chef who was refused leave to remain in the UK on the basis that the restaurant which wished to employ him offered a takeaway service, together with sit-down dining. The Immigration Rules then in force excluded any establishment which provided a takeaway service from sponsoring entry by skilled migrant workers. The chef’s judicial review challenge to the refusal was rejected by a judge.

In challenging the latter decision, the chef pointed out that the popularity of internet-based food delivery services meant that 95 per cent of UK restaurants now provide takeaway services, either by way of collection or delivery. There was no evidence that takeaway restaurants have a lesser need for skilled chefs and the exclusion was so broad as to catch many fine-dining establishments.

In dismissing the appeal, however, the Court accepted Home Office arguments that the intention of the exclusion was that only a small minority of chefs should qualify for entry to Britain as skilled migrants. There was nothing irrational in the Secretary of State’s view that takeaway services are not generally associated with the high level of skill required to prepare fine cuisine. Although the exclusion revealed a broad-brush approach, it was not indiscriminate and the Secretary of State was entitled to take into account the practicalities of enforcement.