Corruption in Overseas Commerce – Court of Appeal Cracks the Whip 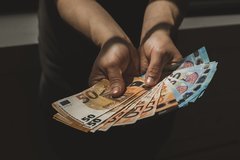 Bribery is rife in some parts of the world, but those who work for English companies are expected to act with integrity wherever they trade. In one case, a former power company executive was disgraced and received a stiff prison sentence for his involvement in a corrupt conspiracy to win lucrative overseas contracts.

The executive worked for the English arm of an international group. Together with another member of the group, the company successfully tendered for contracts to upgrade and refit a power station in an Eastern European country. It was accepted that the award of the contracts was tainted by corruption of senior officials at the power station and politicians of the country concerned.

Unlawful inducements were offered to ensure that the tenders were successful and bribes were disguised in a number of ways: documents were falsified in order to avoid anti-bribery checks; a bogus ‘consultancy’ arrangement was created; and substantial payments were made towards building works on a church in the town where the power station was located.

After the executive was charged with conspiracy to corrupt, his defence was that he was entirely unaware of any need for bribery or the covert arrangements to conceal it. He said that he had for years been duped by trusted colleagues with the result that he had unwittingly helped to set up those arrangements. Although the prosecution’s case against him was circumstantial, he was convicted and sentenced to 54 months’ imprisonment.

In dismissing his challenge to that conviction, the Court of Appeal rejected his plea that the trial judge’s summing up of the case to the jury was so unbalanced as to render the guilty verdict unsafe. The judge had properly addressed the defence case and dealt with the evidence in a fair and balanced manner. Any deficiencies in his summing up were not such as to deprive the executive of a fair trial. Other grounds of appeal were also dismissed and his conviction was upheld.