Made Redundant Without Consultation? You Could Be Due Compensation! 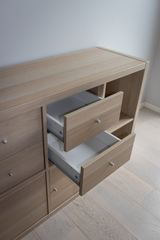 Companies facing financial difficulties sadly often collapse with little notice, leaving their hard-working employees bereft. As an Employment Tribunal (ET) decision showed, however, those affected are not without legal redress and can win compensation if they have been made redundant without consultation.

The case concerned a long-established furniture manufacturing company which went into administration. All three of its plants were closed with little warning and almost 200 workers were made redundant. They launched proceedings against the company, seeking protective awards under Section 189 of the Trade Union and Labour Relations (Consolidation) Act 1992 (TULRCA).

In upholding their claims, the ET noted that at one of the plants, where there was no recognised trade union, there had been no attempt to engage in collective consultation before the redundancies were announced. The legal requirement to elect an employee representative in order to give employees the opportunity to engage in such consultation had not been complied with.

Although a number of individual employees had purportedly been consulted, the process was a meaningless sham in that the decision to close the plant had already been taken. It was at one point mooted that employees might be willing to work for a period for no pay, but such suggestions were entirely ignored. The closure of the other two plants was also infected by an absence of employee consultation.

Given the company’s failure to comply with the requirements of TULRCA, The ET made the maximum available award of 90 days’ pay to each redundant worker. If those sums could not be recovered from the company’s administrators, the workers could have recourse to the Redundancy Payments Office, part of the Department for Business, Energy and Industrial Strategy.