Metropolitan Green Belts are precious but, in an era of escalating housing demand, they cannot be viewed as sacrosanct. The High Court made that point in opening the way for the release of swathes of Green Belt land for construction of thousands of new homes over a 15-year period. 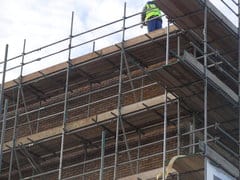 The case concerned a local authority area 89 per cent of which was protected by Green Belt policies. The need for more housing in the area, particularly affordable homes, was acute. Pursuant to the recommendations of an inspector following a public examination, the council adopted a local plan which involved the release of large tracts of Green Belt land for development.

The inspector calculated that 562 homes needed to be built in the area every year until 2034, equating to a total of 10,678 homes over the plan period. That rate of development far exceeded historic levels, but the inspector also recommended a buffer of about 4,000 homes, bringing the total to 14,602.

Emphasising the pressing need for more affordable homes in the area, the inspector found that the buffer was required to take account of unexpected contingencies, including slippage or non-delivery of development projects. There were exceptional circumstances justifying alterations to Green Belt boundaries which would not cause widespread harm to the openness of the area.

A local campaigner joined two parish councils in challenging the plan. They argued that the inspector’s assessment of future housing need was irrational. His adoption of such a substantial buffer meant that thousands more homes would be built over the plan period than the council objectively needed.

Dismissing their complaints, however, the Court emphasised the consequences that would arise if none of the sites in issue were released from the Green Belt and allocated for housing. That would, over the plan period, produce a shortfall of 6,295 homes when measured against the inspector’s target figure of 14,602.

There was nothing illogical in the inspector’s conclusion that a significant buffer was needed and its size was a matter for his planning judgment. He had justifiably concluded that the circumstances were exceptional, in that there was no prospect of the area’s employment, business and housing needs being met over the plan period without releasing parts of the Green Belt for development.