Fraudulent compensation claims are a blight on the legal system and undermine the position of those who have been genuinely harmed by others’ wrongdoing. However, an important Court of Appeal decision provided those on the receiving end of such claims with an additional string to their bow. 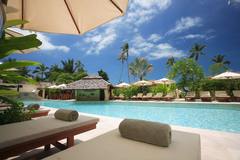 The case concerned a couple who claimed that their holiday was ruined by sickness arising from unsanitary conditions at the hotel where they were staying. They swore to the truth of witness statements that they made in support of their claims against the package tour operator through which they had booked the hotel.

The tour operator, however, uncovered social media images and comments which, on the face of it, showed that the couple and their children had been physically well throughout the holiday and had enjoyed their stay at the hotel. The couple were adamant that the contents of their witness statements were true but, in the event, they did not take the step of formally issuing damages claims.

The tour operator was initially granted permission to seek the couple’s committal to prison for contempt of court. Those proceedings were, however, subsequently struck out by a judge on the basis that there was no jurisdiction to consider the matter. He found that, in the absence of any formal claims having been issued against the tour operator, the couple’s witness statements had only the slimmest connection to the administration of justice.

In upholding the tour operator’s challenge to that decision, the Court noted that the witness statements had been signed as part of the pre-action protocol which precedes the formal issue of proceedings. False witness statements created in such circumstances were clearly capable of interfering with the administration of justice and thus engaged the Court’s contempt jurisdiction.

The Court noted that, if the witness statements were proved to be knowingly untrue, the couple would have lied in order to procure money by deception in what would amount to a conspiracy to defraud. The tour operator would have been required to face a claim with financial and reputational consequences and to expend time and money on meeting it. The Court’s ruling opened the way for the tour operator to pursue the contempt proceedings to trial.