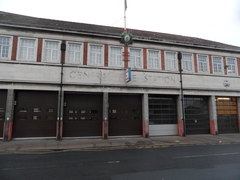 Preservation of heritage assets is an important objective of the planning regime and even minimal harm to their setting will be weighed in the balance against developers. The High Court made that point in overturning planning permission granted for a food store within sight of a listed former textile mill.

A developer, acting in concert with a food retailer, wished to demolish a disused fire station to make way for the new store. The site was close to a conservation area, but planning consent was granted after the developer asserted that any harm the development might cause to views of the mill would be minimal or negligible.

In quashing that decision at an objector’s behest, the Court noted that there are only three categories of harm recognised in the National Planning Policy Framework – substantial harm, less than substantial harm and no harm. There is no intermediate category of minimal or negligible harm at the lower end. The harm that the development would cause therefore fell to be considered as less than substantial.

A planning officer’s report, on which the council based its decision, made no mention of the mill or other heritage assets and included no consideration of the project’s impact on the conservation area. Councillors thus had insufficient information on which to evaluate the harm the development would cause or to balance that against its public benefits. The Court concluded that the decision to grant planning permission had effectively been taken by the planning officer, rather than, by the councillors as it should have been.