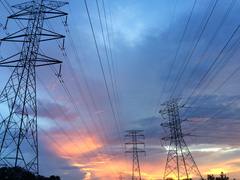 All right-thinking people would agree that anti-competitive trading cartels are a blight on commerce, but how is compensation payable to victims to be assessed? The Court of Appeal considered that issue in a case which broke new legal ground.

The European Commission decided in 2014 that a number of businesses involved in high-voltage submarine and underground power cable projects had, over a 10-year period, participated in a global cartel. A company which owns and operates a submarine cable connecting the UK’s national grid with that of Holland responded by launching proceedings in London against three members of the cartel.

Following a lengthy trial, a judge awarded the company more than 15 million euros in damages to reflect the amount by which it had been overcharged for cabling used in the project by reason of the cartel. However, in a subsequent ruling, he reduced that sum by 10 per cent in order to obviate the risk of over-compensation. He also refused to award the company additional damages in respect of lost profits.

In ruling on the company’s challenge to a number of aspects of the judge’s ruling, the Court noted that this was, surprisingly, the first case in which an English court had, after a trial, awarded damages for anti-competitive cartel conduct in breach of Article 101(1) of the Treaty on the Functioning of the European Union.

Noting the concerted, dishonest and worldwide nature of the cartel, the Court observed that it would send the wrong message if judges were to give cartel members the benefit of the doubt, or err on the side of under-compensation, in such cases. However, the usual principle that compensation is only payable for established losses applied and the burden of proving such losses fell upon the company.

Dismissing the company’s appeal, the Court found that the judge was entitled to take a broad-brush approach to the over-charging claim and that his factual findings and reasoning were legitimately open to him. His conclusion that the company had failed to establish its loss of profit claim could not be faulted and the 10 per cent reduction in its damages had been pitched at around the right level.

In upholding a cross-appeal brought by the cartel members, however, the Court found that the judge erred in law in partially basing his assessment of the company’s damages on savings that the cartel members had achieved through their unlawful activities. To award damages to reflect such savings, rather than the actual loss suffered by the company, was wrong in principle. The Court left open the question of the amount, if any, by which the company’s award should be reduced in the light of its ruling.