Cycling is an activity seen as beneficial by millions, but it is not risk free and, in the event of accidents, specialist lawyers are always there to ensure that victims are fairly compensated. In one case, a pensioner who was knocked off his bike and catastrophically injured received seven-figure damages. 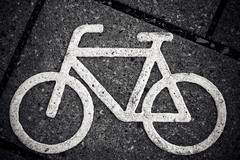 The man was aged 67 when a car hit him as he negotiated a roundabout. The grave head injuries he suffered led to cognitive and behavioural difficulties. Blind in one eye and partially sighted in the other, his communication, memory and executive skills were all impaired and he had been left wholly dependent on the care of his devoted wife.

After a claim was brought on his behalf, the motorist’s insurers accepted primary liability for the accident. They argued that he was in part responsible for his own misfortune in failing to wear a cycling helmet. However, following negotiations, they agreed to pay him £1,075,000 in settlement of his claim. The High Court had no hesitation in approving that figure.