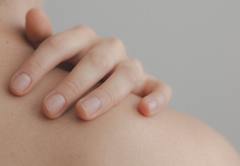 Businesses are naturally keen to emphasise the benefits of their products, but where promotional claims are false and have contractual effect the financial consequences can be severe. A company which sold underperforming laser hair removal devices found that out to its cost when it was ordered to pay seven-figure damages to a disappointed client.

Statements made on the company’s behalf to the client, which ran a number of hair removal clinics, included that the devices were a major improvement on existing hair removal equipment, that they were fast and safe and could be used on all skin types. Those statements were repeated in the company’s brochure and the client bought six of the devices for £195,000, not including hire purchase costs.

The client’s clinicians, however, reported very negatively on the performance of the devices. They were said to be slow to use and to have the effect of stimulating the growth of hair, rather than removing it. Numerous customers, some of whom suffered burns, complained of poor outcomes and pain during procedures. In those circumstances, the client launched proceedings.

In upholding the client’s claim, the High Court found that oral and written pre-sale statements made by the company in respect of the devices’ performance were in a number of respects inaccurate. They were intended to have contractual force and took effect as collateral warranties. The client was awarded £3,876,830 in damages, that sum representing the loss of profits it would have made over a 10-year period had the devices lived up to the company’s assertions.