Mistakes in the drafting of important legal documents inevitably occur and can have grave financial consequences far into the future. However, as a case concerning a corporate pension scheme showed, judges have power to remedy such errors. 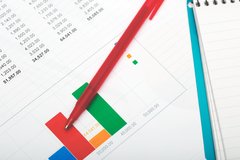 The case concerned a pension scheme which had its genesis in the 1960s but had been amended a number of times since. The rules had, prior to 1996, stated that staff were entitled to annual increases in their pension entitlements equivalent to either 5 per cent or in line with the Retail Price Index (RPI), whichever was the lesser.

In that year, however, the company’s final salary pension scheme was closed and the rules were changed. In their amended form, they stated that staff pensions would in future go up annually by 5 per cent, or by RPI, whichever was the greater. That radical change in approach, if implemented so many years after the event, would cost the pension scheme up to £10 million.

After the company launched proceedings, the High Court noted that the impact of the apparent change in approach was that staff pensions would increase at the rate of RPI during periods of high inflation but, in periods of low inflation, they would receive guaranteed increases of 5 per cent. That would put the company’s current and former junior staff in a better position than its directors and senior management, whose pension increases were capped.

The Court found that the company had established a strong case that a drafting error had been made. No one who had been involved in making the 1996 rule changes could explain why the word greater had been substituted for lesser. The mistake, although apparently obvious, had crept into the rules unnoticed and no attempt had been made to implement it before it was spotted years after the event.

The shift in approach was inconsistent with a previous iteration of the rules and there was no reason why the company would have wished to substantially increase staff pension benefits at a time when there were concerns about the overall cost of the scheme. The Court rectified the 1996 rules so as to correct the error.