Unreasonably restrictive contracts that act as an unlawful restraint on free trade are not worth the paper they are written on. A sports management company found that out to its cost after it sought to take near-complete control of a racing driver’s career. 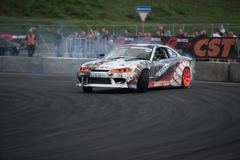 The driver first signed a 10-year contract with the company when he had just turned 19. The latest iteration of the management agreement was to last for 18 more years, until he was in his late 40s, thus taking in the prime years of his racing career. The contract, which required the driver to pay a 32 per cent commission to the company on his income from motorsport, was terminable by the company on one month’s notice. However, it made no provision for early termination by the driver.

After the driver announced that he no longer considered himself to be bound by the management agreement, the company launched proceedings alleging that he had wrongfully repudiated the contract. The driver responded with an application to strike out that claim on the basis that the contract was in unlawful restraint of trade.

The company pointed out that a successful motor racing career requires substantial front-end investment. Historically, it had funded the driver’s rise through the sport to the tune of over 3 million euros and there was nothing objectionable in it seeking a reasonable return on that investment.

In upholding the driver’s application, however, the court found that the company had no real prospect of establishing that the restraints imposed by the contract were reasonable. Although not expressed to be an exclusive agreement, it in reality placed the driver’s career under the almost total control of the company for an unreasonably extended period.

The agreement imposed no specific obligations on the company to reciprocate those taken on by the driver and, even if it represented the market norm within the motor racing industry, it could not be rescued by the fact that others may also have entered into unlawful contracts. The company’s claim to equitable compensation in respect of the value of services it had provided to the driver was also struck out.