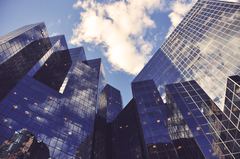 Contractual obligations have to be met, but what happens if compliance with them would result in a risk of United States trade sanctions being imposed? The High Court addressed that burning issue in a guideline case.

Pursuant to a facility agreement, a British Virgin Islands-registered company lent £30 million to a London-based retail bank. The company was wholly owned by a businessman who was subsequently placed, by means of an executive order, on a list of specially designated nationals by the US Department of the Treasury Office for Foreign Asset Control (OFAC).

As a consequence of that designation, the businessman and the company became blocked persons within the meaning of the International Emergency Powers Act, a US federal statute. That meant that even non-US citizens, not dealing with property subject to US jurisdiction and not operating in the US, would be at risk of severe sanctions if they had any dealings with either of them.

The bank had, in those circumstances, ceased paying interest on the loan. About £3.6 million in arrears had accrued, but that sum had been ring-fenced pending the outcome of the case. The company sought a declaration that the bank continued to be obliged to make payments in accordance with the facility agreement.

In rejecting that application, however, the Court noted that a clause in the facility agreement stated that the bank would not be in default if it withheld payments in order to comply with any mandatory provision of law, regulation or court order. On a true interpretation of that provision, it entitled the bank to avoid the risk of potentially ruinous sanctions being imposed if it paid interest on the loan. The Court made a declaration to the effect that the bank was entitled to withhold payments under the facility agreement for so long as the company remained a blocked person.