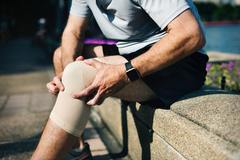 Public complaints that advertising campaigns are misleading do not go unheeded. A High Court case on point concerned a medical device which was said to achieve numerous therapeutic benefits by electrical stimulation of muscles.

After the device was advertised in two national newspapers, a consumer complained that claims as to its effectiveness were misleading. The complaint was upheld by the Advertising Standards Authority (ASA), prompting a judicial review challenge by the company that marketed the device.

The company pointed out that the performance of the device had been analysed by a distinguished independent expert and that it had the benefit of a clinical evaluation certificate issued by the British Standards Authority. It was submitted that the ASA had taken a disproportionate, irrational and unfair approach to the matter.

In rejecting those arguments, however, the Court noted that expert opinions as to the efficacy of the device were not all one way and that the evidence which was said to substantiate the claims made in the advertisements had significant limitations. In pursuit of the legitimate objective of consumer protection, the ASA was entitled to carry out its own assessment and the company had failed by a wide margin to show that the ASA’s approach was inconsistent with accepted scientific practice.