Travellers have particular needs in a society that does not always welcome them, but they can expect firm punishment if they defy planning control. In one case, the High Court came down hard on travellers who created an unlawful encampment on Good Friday, in the hope that planning officers would be enjoying a day off. 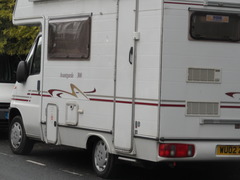 At the start of the bank holiday, lorries and heavy diggers began piling hardcore on a plot of farmland. The date of the incursion was chosen with the intention of stealing a march on the local planning authority and the travellers had reacted with some surprise when it turned out that officers were on duty.

The very next day, the council’s lawyers persuaded a judge over the phone to grant an emergency injunction, requiring 19 travellers to remove their caravans and mobile homes from the land and to restore it to its former condition. After they failed to comply, the council sought their committal to prison for contempt of court.

All but one of the travellers admitted breaching the order. However, they pointed out that they had since applied for retrospective planning permission to legitimise their use of the site. They argued that the status quo should be maintained pending the outcome of the planning process. There were a number of children, some of them suffering from grave medical conditions, living on the site and it was submitted that their eviction would violate their human rights.

The Court found that the travellers had become aware of the injunction soon after it was granted but were determined to carry on regardless. The speed with which the council acted meant that they had little time to establish a human right to respect for family life on the site.

Whilst acknowledging the needs of the children and the scarcity of official traveller sites in the area, the Court found that such factors were outweighed by the need to terminate a continuing breach of planning control. The council had acted entirely properly, with a view to clearing the site swiftly and with minimal disruption, and the injunction was necessary and proportionate.

The Court adjourned sentencing to a later date, but indicated that it was not minded to impose immediate jail terms and that suspended sentences would probably be appropriate. The travellers were, however, warned that they would face stiffer punishment if their disobedience of the injunction continued.