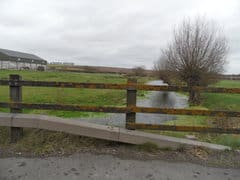 Those who take a reckless approach to environmental protection rules can expect to be hit hard in the pocket. In a case on point, a utilities company which allowed raw sewage to flow into a rural stream was fined £2 million.

The company was prosecuted after 82,000 litres of untreated sewage poured into the stream, killing 146 bullhead fish. Alarms had gone off at the company’s control centre, indicating an equipment failure at the pumping station where the incident occurred. An engineer should have been there within three hours, but the alarms were ignored and nothing was done.

The company, which only became aware of the incident on being informed of it by the Environment Agency, received the fine after it admitted an offence contrary to Regulation 38(1)(a) of the Environmental Permitting (England and Wales) Regulations 2016. It was ordered to contribute £200,000 of the fine to local wildlife and environmental charities.

In his sentencing remarks, the judge said that a relief pump at the pumping station had either been switched off or running ineffectively for the best part of a year prior to the incident. The alarm had not been heeded due to understaffing and inadequate training of employees at the control centre. Alarms having sounded very frequently, there had been an assumption that the fault was in the alarm system, rather than in the pumping station’s equipment.

The facts of the case emerged as the Court of Appeal rejected the company’s plea that the fine was excessive. The offence had resulted from corporate recklessness and the company’s history of 181 previous convictions arising from breaches of environmental regulations since 1991 was little short of lamentable.

The Court noted that the one-third discount afforded to the company for its early guilty plea could be viewed as generous. The fine represented about a day’s profits for the company, which had an annual turnover of around £2 billion. It was designed to bring home the seriousness of the matter to the company’s directors and shareholders and was entirely proportionate.