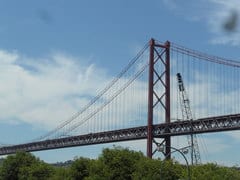 Major infrastructure projects commonly involve long contractual chains and, with so many professionals and building firms involved, discerning where responsibility lies for defects can be a serious headache. One case showed, however, that specialist construction industry judges are more than capable of rising to such challenges.

Main contractors engaged to build two new dual carriageways subcontracted with an engineering company to perform civil and structural design work in respect of a double-span steel bridge. Post-completion, signs of settlement were detected on embankments leading to the bridge. Localised depressions appeared on the road surface and the main contractors launched proceedings against the subcontractor with a view to recovering the costs of the remedial works required.

In upholding the main contractors’ claim, the Technology and Construction Court found that the subcontractor’s work was negligent, inadequate and in breach of contract. Its failure to design adequate sub-surface drainage permitted water to percolate into the chalk fill underlying the road. The soft material suffered collapse compression, leading to the depressions.

The subcontractor was ordered to pay the main contractors £802,475 in damages in respect of the shortcomings in its design of the bridge. A claim that its design work on an underpass had also been inadequate was, however, rejected. In that instance, damage arising from water seepage had been caused by poor workmanship, for which the subcontractor bore no responsibility.