What are the criteria that have to be met before a trade union can be listed as such under the Trade Union and Labour Relations (Consolidation) Act 1992? The Employment Appeal Tribunal (EAT) tackled that thorny issue in ruling that a union established to represent foster carers could not fit the bill because its members do not work under contracts. 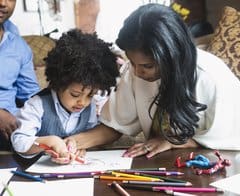 The union’s application to be entered onto the list maintained under the Act was rejected by a certification officer (CO) on the basis that it was not an organisation consisting wholly or mainly of workers – a worker being defined by the Act as an individual who works under contract. The CO’s decision meant, amongst other things, that the union could not seek compulsory recognition by local authorities for collective bargaining purposes.

In dismissing the union’s challenge to the decision, the EAT found that it was bound by previous judicial rulings, which established that the relationship between foster carers and local authorities is not contractual in nature. It noted the CO’s argument that recognising foster carers as workers for the purposes of the Act would risk compromising their parental role and turning the home environment into a workplace, to the detriment of children’s welfare.

The EAT also rejected claims that the CO’s decision amounted to a violation of the union’s right to freedom of assembly and association, enshrined in Article 11 of the European Convention on Human Rights. The refusal of a listing did not preclude foster carers from forming a union or other association.

Even had such a breach been established, the EAT noted that it had no power to declare the terms of the Act incompatible with human rights. It was also not possible to read down the legislation so that the term ‘worker’ would encompass any person in an employment relationship, whether or not under a contract.

As regards whether the requirement that only unions whose members are workers can be listed is necessary in a democratic society, the CO had identified two specific aims – maintaining the distinction between those who work under contract and those who do not, and promoting the rights and wellbeing of children in foster care. The EAT considered both to be perfectly legitimate, and the latter in particular clearly outweighed the fairly minimal intrusion into the union’s rights represented by the refusal of a listing.