Where workers are employed on permanent contracts but work for only part of the year, how should their holiday pay be calculated? The Court of Appeal addressed that burning issue in a test case concerning a school music teacher. 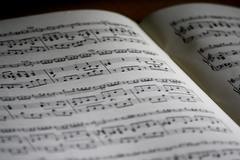 The teacher was not a casual worker, but worked only during school terms under a zero-hours contract. The trust that ran the school was not required to provide her with a fixed minimum amount of work. The number of hours she worked was dependent on the level of pupil demand for her tuition and she was paid monthly at an agreed hourly rate.

Being a worker within the meaning of the Working Time Regulations 1998 (WTR), she was entitled to 5.6 weeks of paid annual leave. The trust calculated her holiday pay by reference to a formula recommended by the Advisory, Conciliation and Arbitration Service that was apparently directed at casual workers who are not retained between periods of work. Application of that formula resulted in a pro-rata reduction in her holiday pay that reflected the fact that she did not work throughout the year.

The teacher complained to an Employment Tribunal that that approach amounted to an unlawful deduction from wages. It was argued that the formula bore no relation to the calculation of holiday pay required by the WTR and produced a lower figure. Her holiday pay should have been calculated on a straightforward arithmetical basis by taking her average weekly remuneration during the 12 weeks prior to the calculation date and multiplying that figure by 5.6. Her claim, though initially unsuccessful, was subsequently upheld by the Employment Appeal Tribunal.

In challenging that decision, the trust pointed out that the teacher worked only about 32 weeks per year and yet, on her case, was entitled to holiday pay calculated on the same basis as if she worked 46.4 weeks. If that were correct, she would receive 17.5 per cent of her actual earnings in holiday pay, whereas she would only be entitled to 12.05 per cent if she worked all the year round. Parliament could not have intended such an anomalous result and a pro-rata reduction was therefore justified.

In ruling on the appeal, the Court noted that the case raised an issue of general public importance on which there was no prior authority. It acknowledged that it might at first sight seem surprising that the holiday pay to which part-year workers are entitled represents a higher proportion of their annual earnings than in the case of full-year workers. That had the potential to produce odd results in extreme cases. For example, an exam invigilator who worked under a permanent contract, but only for one week a year, would in principle be entitled to 5.6 weeks of paid annual leave.

Dismissing the appeal, however, the Court found that there was no requirement of EU law to pro-rate the holiday pay entitlement of part-year workers to that of full-year workers. On any natural construction of the WTR, they made no provision for such pro-rating. The method of calculating holiday pay contended for by the teacher might produce anomalies in some atypical cases, but had the advantage of simplicity and did not lead to unprincipled or obviously unfair results. Referring to the exam invigilator example, the Court noted that those who work for only a few weeks a year would normally expect to be engaged on a freelance basis, rather than having permanent contracts.