Where tenants persistently run up rent arrears over extended periods, proceedings can become prolonged and successive possession orders can run into one another. In a ruling of interest to landlords and social housing providers, the Court of Appeal has given authoritative guidance on the correct approach to such cases. 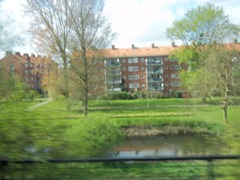 The case concerned a local authority tenant who had lived in the same property for 13 years prior to his eviction. The council had obtained a possession order against him, but that was suspended on condition that he pay his future rent bills and modest weekly instalments towards the arrears. He never succeeded in clearing the arrears and that order had never been discharged.

The property was later transferred to a social housing provider which, as his landlord, also launched possession proceedings in respect of rent arrears. A further suspended possession order was granted but, after the terms of the suspension were not met, a warrant of possession was eventually issued. The tenant paid all the arrears of rent and costs on the day of his eviction.

In upholding the tenant’s challenge to the second order, a judge cited res judicata – the principle that a matter that has been adjudicated upon by a competent court may not be pursued further by the same parties. The first order remained extant and enforceable, related to rent arrears under the same tenancy and sought possession of the same property. The judge struck out the landlord’s claim and ordered that the tenant be re-admitted to the property.

In upholding the landlord’s appeal against that decision, the Court found that the judge was plainly wrong. The facts entitling the social housing provider to the second order were not the same as those which entitled the council to the first. The sums owed in rent were different and there was no extant judgment in respect of current rent as it fell due. The landlord thus had a different cause of action from the claim for arrears of rent which led to the first order. The second order was restored, opening the way for the landlord to again seek the tenant’s eviction.