Gangland Informer Fails in Breach of Contract Claim Against Police

Those who claim the benefit of contracts must first prove their existence. In a novel case, a gangland informant failed to convince the High Court that the police had reneged on a binding agreement to grant him extensive financial and other support in return for his assistance in bringing a suspected murderer to book. 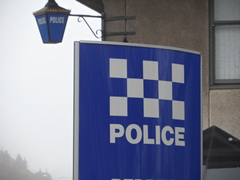 There was no dispute that the informant had, over a period of a few weeks, provided the police with valuable intelligence in respect of a serious criminal. After it became clear that his life was at risk from the criminal and his associates, he had been placed in a witness protection programme.


That had involved a change of identity and abandoning his former life, including his job and his home. He claimed that police officers had made numerous promises that, amongst other things, he would receive subsistence payments and a car, that his mortgage would be paid and that he would be found a new job.


The Court expressed sympathy for the informant but, in dismissing his claim, it noted the inherent unlikelihood of the police agreeing to terms that would have involved substantial expenditure of public funds. Financial rewards available to informants are relatively modest and officers would have lacked authority to make the wide-ranging commitments alleged, without limit of time.


The informant’s claim was also inconsistent with the terms and conditions applied to human intelligence sources and a memorandum of understanding (MoU) that he had voluntarily signed. The police had paid for psychiatric counselling and he had in fact received some subsistence payments and a car, although that was later taken away.


Those benefits were provided to him on an ad hoc basis prior to the MoU, in which the informant had promised to minimise the financial burden on the police. The Court did not decide whether the MoU amounted to an enforceable contact, but observed that it entitled the police to review and amend the financial support that was granted to the informant on an ongoing basis. In the circumstances, he had failed to establish any of the necessary elements of a successful breach of contract claim.