How to Balance Housing Needs Against Conservation of Heritage Assets?

How is the urgent requirement for more new homes to be balanced against the need to preserve heritage assets? The High Court addressed that issue in overturning planning consent for a proposed housing development with a listed mansion at its heart. 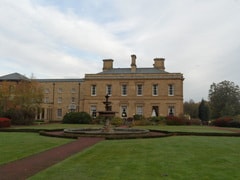 The early 19th century house, its stable block and ha-ha were all Grade II listed. On the strength of a planning officer’s positive recommendation, the relevant local authority granted consent for the mansion’s conversion into 12 flats and for construction of a further 39 residential units nearby.


In his report, the officer pointed to the pressing need for more housing in the urban area. He stated that the less than substantial harm that would be caused to heritage assets would be outweighed by the public benefits of the development. The project would also secure restoration of the listed buildings and ensure their optimum use.


In challenging the permission by way of judicial review, however, a local campaign group argued that the council had failed to apply the legal presumption against developments that harm heritage assets, contained within Section 66(1) of the Planning (Listed Buildings and Conservation Areas) Act 1990. It was also alleged that the project conflicted with the council’s unitary development plan (UDP).


In quashing the permission, the Court noted that the officer’s report had failed to inform councillors that the council’s own urban design and heritage conservation team had expressed strong conservation objections to the proposal to erect three houses within the mansion’s grounds and setting.


Although the report had stated that clear and convincing justification was required for any harm to heritage assets, that omission had created a false and misleading impression. The report contained mantra-like references to the exacting test that had to be applied, but had the overall effect of tilting the balance towards emphasising the absence of substantial harm and the public benefits of the project.


The Court found that the council had also misinterpreted and misapplied a UDP policy that sought to protect the open character, landscape and recreational and ecological quality of green wedges in a city setting. The proposals were in clear conflict with that policy, but that had neither been expressly acknowledged in the officer’s report nor expressly considered by the planning committee. A separate planning permission for the relocation of a model railway and associated facilities, in order to make way for the housing development, was also quashed.